"In spring 2000, Manuel Pose and I (Pablo Pita Criado) visited the Wildlife Recovery Center at Oleiros, A Coruña, Spain. At that time, we both prepared specimens for the Museum of Nature of Sociedade Galega de Historia Natural (SGHN) of Ferrol. This recovery center (which is responsible for wild animals found injured or sick in the province of A Coruña) was our best source for bird specimens. While we selected samples in the freezer, I was struck by a "moorhen" which was so small that I thought ir could be something unusual. Logically, it was chosen as one of the specimens to take with us; in the days after the visit, we measured and prepared it. Consultation of available literature was not very hepfull. Both Baker (1993) and Cramp&Simmons (1980) refer to subespecies of common moorhen Gallinula chloropus which are much smaller than nominate G. c. chloropus and, with disappointment, the specimen was labeled as that species and stored in a drawer os SGHN.

Nearly seven years later, on 14 November 2006, I received Stevenson & Fanshawe (2002). While leafing through the book, I noticed the ilustration of a moorhen about half the size of Common Moorhen, Lesser Moorhen Paragallinula angulata (formerly known as Gallinula angulata; cf. Sangster et al 2015). It strongly remind me of of the bird from the collection in Oleiros in 2000 and, as soon as I could, I went to the premise of the SGHN to study, remeasure and photograph the specimen. The brief text in the guide was not of much help, so I consulted del Hoyo et al (1996) for a more useful description. In this book, immatures are not illustrated and the only reference in the text is that "young birds have pale edges to the tertials". This was the only character that stood out in the overall dull plumage of Oleiros bird and this strongly triggered my suspicion.

My next step was to order the monograph on rails (Tailor & van Perlo 1998). When I received it, I could quickly confirm the identification. Both the plumage description and the biometry fitted perfectly: the small moorhen collected in Oleiros six years early was, without doubt, a Lesser moorhen and as such, the first record of this african species for Spain and Europe and - in hindsight - the second for the Western Paleartic "sensu BWP".

Before making the record public, I tried to get more information about the circumstances under which the bird had been collected. The specimen had no further information on the original label than "collected. Laxe, February 2000". I requested more information from the center and received the answer that the bird had been captured by a fisherman three nautical miles offshore from the port Laxe of the Red Cross in the harbour, who subsequently contacted the recovery centre of Oleiros.

Distribution and vagrancy
Lesser moorhen is a relative common species in su-Saharan Africa; it breeds from Senegal and The Gambia east to Ethiopia and south to northern and eastern Namibia, Botswana and eastern South Africa (Taylor & van Perlo 1998). This species movements are apparently triggered mainly by rainfall pattern and water levels at wetlands (cf Matías 2009). As the Laxe bird was collected at sea, three miles from the coast and nor near the port  which would fit an assisted travel more, and because the plumage was in good condition, showing no sings of the bird having been held in cautivity, the bird can be considered a natural vagrant. In favour of a natural arrival are the age of the bird (inmatures are more prone to wandering), as well as the winter date, whitch mirrors the movements of this and others closely related species such as Allen´s Gallinule Porphyrio alleni. This is another sub-Saharan rail species recorded with some frequency in the Western Paleartic (cf Cramp & Simmons 1980, Taylor & van Perlo 1998), including records in the Canary Islands and Ceuta, Spain, in the winter of 1992/2000 (de Juana 2006).

The record has been accepted by Spanish rarities committee to category A (Gil-Velasco et al 2017). The only previous WP record concerns a male collected at Santo Amaro, Funchal, Madeira, on 26 January 1895. This bird was previously published as Black Crake Amaurornis flavirostris (Matías 2009, Haas 2012). A Bird photographed at Algeciras, Cadiz, Spain, on 10 March 2003 (taken into care, died a few days later) was placed in category D at the time (de Juana & Comité de rarezas de la SEO 2005); recently, it has been upgraded to category A as the second for Spain (Gil-Velasco et al 2017); Miguel Rouco in litt). A report of an inmature on Gran Canaria, Canary Islands, on 10 January 1997 (Clarke 2006) has never been submitted (cf Matías 2009). A bird photographed at Lake Nasser, Egypt, on 6 May 1997 (Haavoisto & Strand 2000) was first accepted but later rejected after review (considered Common moorhen; Haas 2012). In the "greater WP" (included Iran and Arabian Peninsula), there are two records in Oman; two inmatures at Hilf on 7-9 November 1991 and one in Salalah nature reserve on 1 october 2008 (Eriksen & Victor 2013). The vagrancy potential of the species is ilustrated by a bird caught from a ship while swimming at sea near the archipielago of Sao Pedro and Sao Paulo, Brazil, on 10 January 2005 (Bencke at al 2005). This archipielago is a small and isolated group of rocky islets lying in the equatorial Atlantic Ocean c960 Km North-east of the coast of Rio Grande do Norte, Brazil, and 1824 km south-west of Guinea-Bissau, Africa." 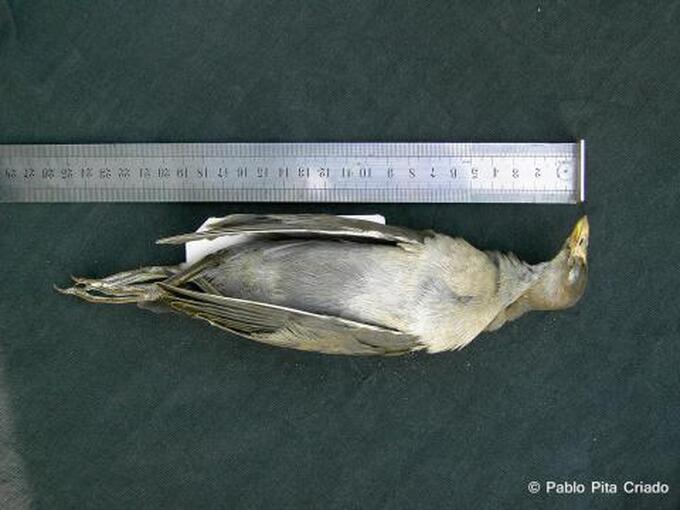 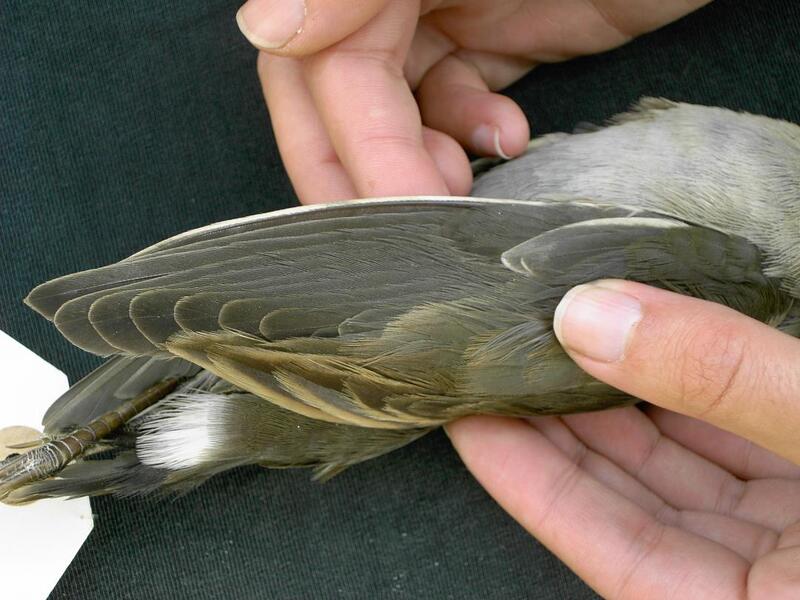 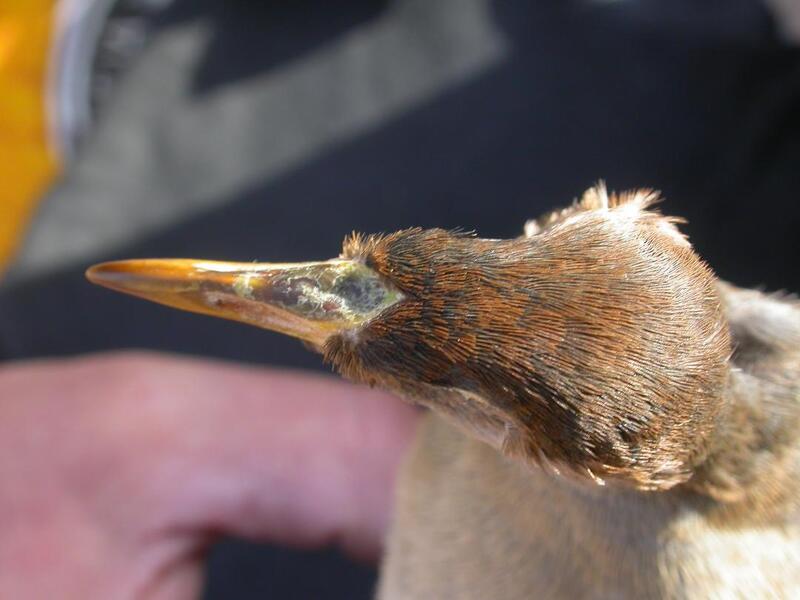 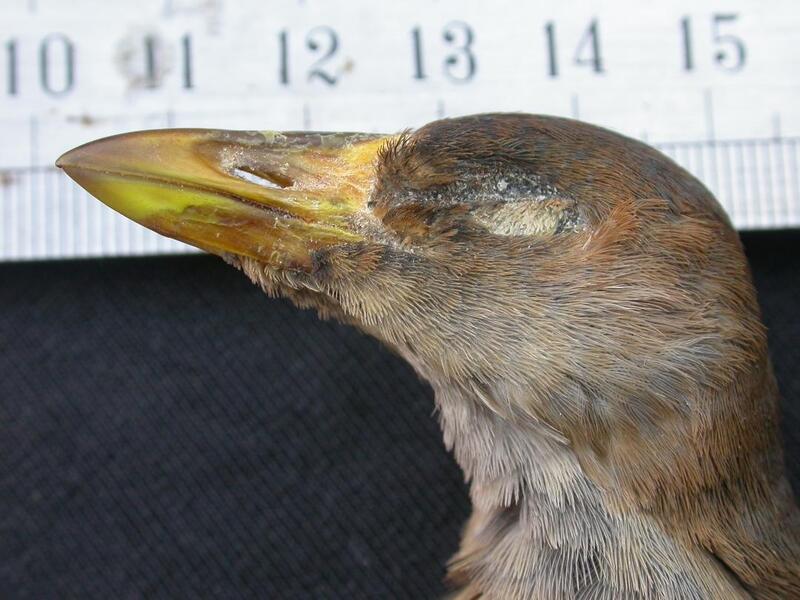 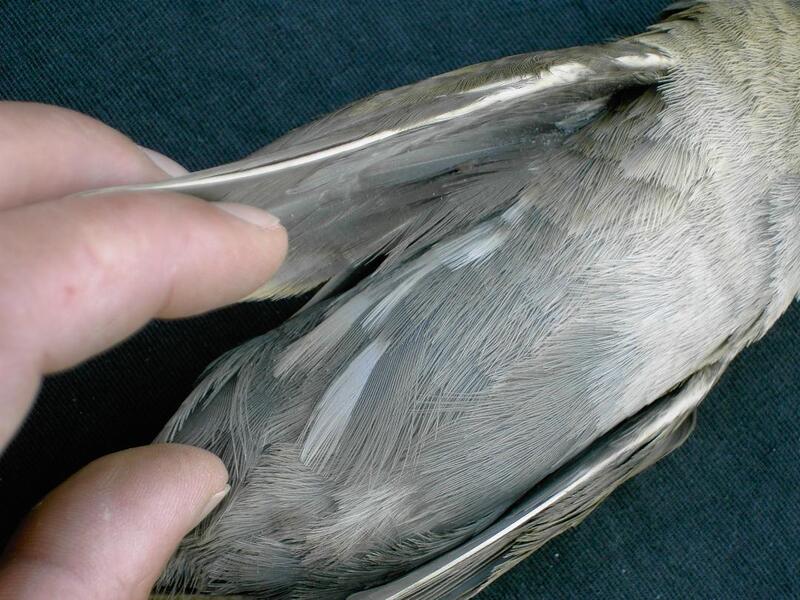